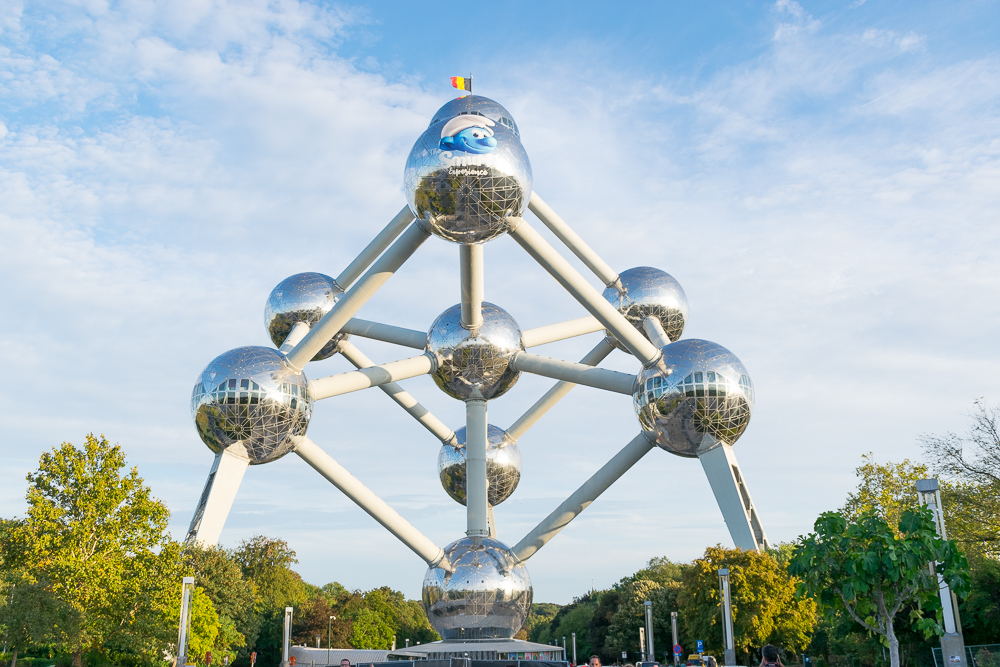 Belgium is the country in the world where there are the most comic strip authors per square kilometre. In several cities, streets have been renamed with their names, some designers have decorated Brussels metro stations.

Belgium has more comic strip artists per square kilometre than any other country in the world. Many cities have renamed a host of streets after comic strip artists. They have decorated metro stations in Brussels, and some of them were even ennobled by the king. Comic strip is taught in Belgium’s art schools. Brussels even dedicates a museum to it, which welcomes 250,000 visitors per year, and the city is decorated with murals from comic strips.

Why is the comic strip so important in Belgium ?

The territory of Belgium has always attracted the attention of its neighbours. Our country has often been the battlefield of european armies, and was invaded and occupied for long periods. Speaking one’s own language became impossible for some people. Unable to express themselves in drawing or in writing, they decided to use images as a means of communication.

The development of visual arts in Belgium has always played a very important role. Belgium has become the cradle of world-renowned artists, particularly in the field of painting, from Jan Van Eyck to Magritte, Brueghel, Rubens and Van Dyck. In the field of cinema, this is the second country where the Lumière brothers screened the first movie in 1895 before making it public. In the 1950s Brussels had the largest number of cinemas in Europe, ahead of the United States, which was a pioneer in this field.

The comic strip is considered as a cultural product derived from both industrial modernity and Western politics that have emerged in parallel with the evolution of the press as the primary means of mass communication. However, its origin goes back to the invention of printing in 1446 and lithography in 1789.

Satirical engravings were printed as early as the 17th century. In the nineteenth century, the moralist associations seized the media and in particular the Twentieth Century, Catholic conservative Belgian newspaper published between 1895 and 1940. It is in a supplement of this newspaper that the adventures of Tintin were published for the first time in the 30s.

At the end of the 1920s, Paris press broadcast the best comics from the United States, thus making them arrive in Belgium. In the same way, the importation of the American series stimulated the production of Belgian artists, although this one was interrupted during the Second World War.

The two main styles of the Belgian comic strip.

In the 1950s, the comic strip world became polarized by bringing together great illustrators and storytellers around two production centres.

On the one hand, “Le journal de Tintin” by the Lombard publishing house, which follows the Brussels school with a style called clear line, much more academic and realistic. On the other hand, “Le journal de Spirou”, originally from the Walloon city of Charleroi and from the Dupuis publishing house associated with the school of Marcinelle. Its style is called atom of style or dark line, and is characterized by caricatures with a large nose and rounded bubbles.

It is within these two trends that some of the most famous characters in the comic strip world have emerged. TinTin or Blake and Mortimer belong to the first school. Lucky Luke, Les Smurfs, Spirou and Fantasio are products of the second school. Each of them has gained international fame to varying degrees.

The importance given to comics was such that from the 1960s it was called “the ninth art” after classical arts, cinema and photography. The one who performs this function is called a “comic writer”, not just a “draftsman”.

The linguistic division existing in the country, established since the episode of “Walen Buiten” from 1966 to 1968, has also been present in the world of comics. Although the translation of publications into two of the official and major languages ​​of the country has been a way of bringing the two factions closer together, some of them have not done so. These are mainly Flemish comics that have not been translated into French. Be that as it may, the heart of the world of Belgian comics was Brussels, the bilingual capital, in which each publication was made in both language versions.

The comic strip movement in the following years grew favorably and evolved aesthetically, addressing new issues and using other types of media and technologies to reach an audience that has changed significantly over time. The idea of creating a comic book route was presented in 1991 by Michel Van Roye, environmental adviser and member of the ecologist party. The project was carried out jointly by the municipal authorities and the comic strip centre. The particularity of this initiative is that each design is integrated into the urban fabric.

The popularity of mural paintings has increased over time, as has their number, and today there are 59. These are scattered throughout the Pentagon, the historic centre and the municipality of Laeken. By capturing comic strip characters on public walls, a tribute was paid to the authors, and the path of the comic strip was born. This activity attracts a large number of tourists and people with or without a passion for drawings, who choose this alternative itinerary in order to discover the city and its characters from a different perspective.

The comic book route: One of the most original ways to discover Brussels is to follow the Route of the Comic Strips murals. 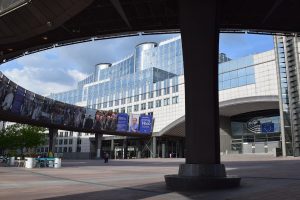 Free tour of the European quarter in Brussels

Discover the European Quarter of Brussels, with its different institutions, in the “The absolute tour in Brussels”, a Free tour to come across the Atomium, 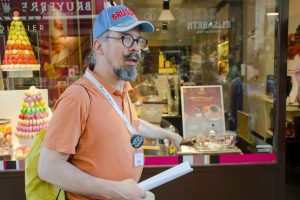 Responsible and sustainable tourism codes – Belgium and the Netherlands

The Belgian Beer Tasting Tour and the Belgian Chocolate Tasting Tour are part of the must-see guided tours in Brussels. Bravo Discovery offers you a unique experience around Belgian chocolate and beer.

Opt for a private guide in Brussels

Visit Brussels without constraints with our service of private and personalized tours in Brussels. Tailor-made tours adapted to your rhythm and according to your desires. Our private tours are designed for private groups, companies, associations and tour operators.